Did You Know Wes Welker was Recruited by Matt Wells?

Wes Welker played at Texas Tech and was one of the most prolific punt returners in College Football history. He defined a new type of receiver that live inside and was on the forefront of the spread offense air raid revolution with his QBs Kliff Kingsbury and BJ Symons. He went to the NFL and played in Super Bowls and caught a ton of passes from Tom Brady, then he went to Denver and won a Super Bowl with Peyton Manning.

With all that success it’s weird to think about Wes Welker in high school. The undersized running back, yes he played running back in high school, who was entirely too small to fit into the offenses being run in the late 90’s. It seems ridiculous now but hardly anybody was recruiting the small town kid out of Oklahoma City.

In fact, Texas Tech wasn’t even offering Welker. The Red Raider legend didn’t get a Texas Tech offer until after some other recruit backed out after signing day. So where was Wes Welker getting action from when no one else was calling? Some guy named Matt Wells at Navy.

Here’s what Wes Welker said as highlighted in the Texas Tech Media Guide:

That’s right, 20 years ago the current Texas Tech head coach Matt Wells was coaching at Navy, his first job after playing at Utah State, trying to find the perfect wing back for that patented Navy flex bone, which would have highlighted Welker. Even back then Wells had a keen eye for finding the diamonds in the rough, something that Red Raider fans hope he’s bringing to Lubbock.

It’s a recruiting trait you also saw during his tenure at Utah State recently putting 2-star Darwin Thompson and 2-star Dax Ramond into the NFL and leaving Jordan Love, another 2-star prospect, there in Logan, Utah to contend for a Heisman Trophy.

Who is the next Wes Welker that Matt Wells is going to discover? Hopefully this time he gets him on campus.

Get more Texas Tech football on the talk1340 app!

The Coronado Mustangs Get Their Mann to Lead Football Program

The Big 12 Did the Right Thing… Mostly

Who the Shough Is Texas Tech’s New Quarterback?

Best of the Web 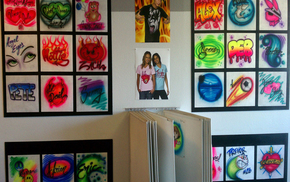 It appears that you already have an account created within our VIP network of sites on . To keep your personal information safe, we need to verify that it's really you. To activate your account, please confirm your password. When you have confirmed your password, you will be able to log in through Facebook on both sites.

*Please note that your prizes and activities will not be shared between programs within our VIP network.

It appears that you already have an account on this site associated with . To connect your existing account just click on the account activation button below. You will maintain your existing VIP profile. After you do this, you will be able to always log in to http://kkam.com using your original account information.

*Please note that your prizes and activities will not be shared between programs within our VIP network.

Please fill out the information below to help us provide you a better experience.

Talk 1340 Insiders VIP Club brought to you by:

Talk 1340 Insiders VIP Club brought to you by:

Thank you for your request.